Is my cat a Khao Manee?

There is a common misconception that any white cat found in a country outside of Thailand is a Khao Manee. We and other breeders are often asked when people find a white cat with unknown history, is the cat a Khao Manee? The simple answer, probably not : unless the cat is from a reputable breeder and its history on both the mothers and fathers side can be traced back to Thailand then the likelihood of the cat being a Khao Manee is extremely rare. Khao Manee was recently recognized and bred outside of Thailand (1999), therefore it should be easy to trace all history back to cats that were originally born in Thailand. Unfortunately due to the rarity of the breed, especially Khao Manee with odd eyes, sometimes breeders or pet sellers will falsely advertise white cats as Khao manee when in fact they have little to or no relation to cats from Thailand. If you think a breeder is not honest or trying to sell white cats that are not actually Khao Manee, be sure to ask them to see a pedigree and inquire about the history of the cats parents.
If you find a stray cat on the street or from a shelter and you think they might be a Khao Manee first check to see if they have microchip. If they do have a microchip check in your area or with an online database if anyone is missing their cat. Also check to see if there are any Khao Manee breeders in your area / country. There are very few Khao Manee breeders outside of Thailand, so for example if you live in Australia and you find a white cat, it is highly unlikely they are a Khao Manee because there are no Khao Manee breeders in Australia. If the cat doesn't have a microchip and you have no information about the parents unfortunately there is very little you can do to find out more. There is some genetic testing that can be done at UC Davis - VGL called Cat Ancestry, however this is not a breed test and will only roughly tell you which part of the world the cat is from. There is currently no genetic test available in the world which can assign a cat to a given cat breed. This is why no reputable association should accept the registration of a white cat as Khao Manee simply based on a genetic test. 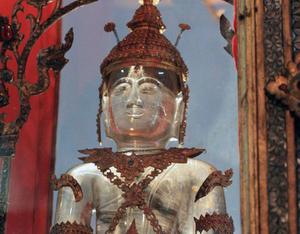 Phra Kaew - Made from Crystal

The Khao manee "White Jewel" is a modern name, not appearing in any of the manuscripts and likely came from Rama V, or his son who is rumored to have bred these cats in the Palace. In the Tamra Maew  the cat appears as Khao Plodt  "Solid White" or in some cases without a name, and only a description. The coat color is compared to Kaew or "glass / crystal". At the time of writing the Tamra Maew a monk might refer to a Buddha statue made from Crystal as Kaew. The photo below of Phra Kaew taken at Somdet Phra Puttajan's former living quarters may represent a Khao Manee's coat in poetic language - that is a coat that is a shiny, bright white. Eye color is compared Mercury with no specific mention to any color, most likely taking on a grey-blue possibly from the reflection of the sky. However today their eyes do come in a variety of different colors, like different colored jewels. Translations by TIMBA. 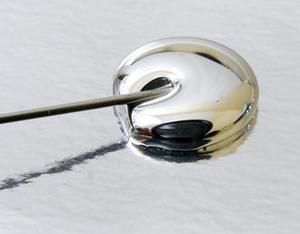 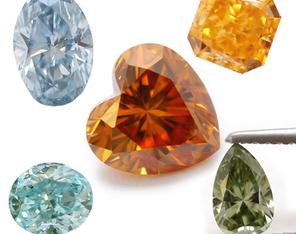 The Khao Manee is also a rare color in Maew Boran. While the Khao Manee has been recognized in Thailand for hundreds of years, it first appeared in the west in 1999, making it a recent color to be appreciated and bred by breeders outside of Thailand. The coat color is a solid, bright white. Eyes can be blue, yellow, or the more rare combination of odd colored eyes. Only white cats with recent ancestry (post 1999) to Thailand are considered Khao Manee.