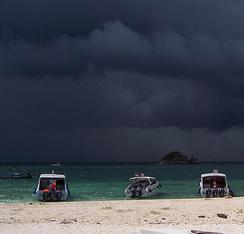 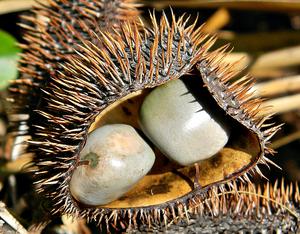 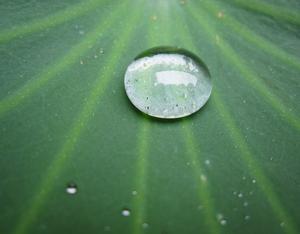 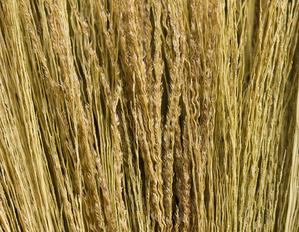 Most names of cats described in the Tamra Maew  are a description of color, or pattern. This is especially true for the Korat, with alternative names of Si-Sawat, Maled, and Doklao. The color of hair is compared to grey nickernuts, or sawat seeds, hence the name Si-Sawat. In other manuscripts the hair color is described as the color of a rain cloud, a dark blue/grey color. The name Doklao, or Maled is referenced to the coat, having a texture of doklao or the flowers of tiger grass, a plant still used today to make thai style brooms.  The eye color is described as the color of a water drop on a lotus leaf. The most common names used by breeders in thailand are Si-Sawat, or Korat. Translations by TIMBA.
The Korat is a blue grey cat and is a rather rare cat in Thailand. Maew Boran usually pick their mates, and, a pair of recessive genes is required to produce this blue grey cat. Naturally, not many appear in litters. When one sees a Thai Korat for the first time, the depth of the coat color is the first thing that catches the eye. The eyes are usually yellow or green, though both can be found in Thailand. Whether yellow or green eyed, the Korat type Maew Boran is stunning. Lighter color kittens are sometimes encountered in litters born with breeders in Thailand, which are known in the west as Thai Lilac and Thai Blue Point.