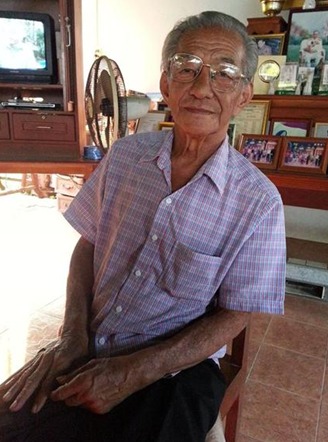 Kamnan Preecha is one of the foremost breeders of Maew Boran in Thailand.  He fell in love with the ancient breed as a child.  At that time, he had a Wichienmaat (Thai) as a pet.  That love inspired him to open the Thai Cat Center, in Ampawa, Thailand.  Mr. Preecha breeds the six ancient breeds, Wichienmaat (Thai), Thai Burmese, Suphalak, Konja, Korat and Khao Manee. Though famous for his outstanding Wichienmaat, Mr. Preecha has spent endless hours in an effort to maintain the most rare thai cat, the Suphalak.  The Suphalak is a solid brown cat that has no points. Mr. Preecha was one of the only breeders in Thailand focusing on this unusual cat and will be responsible for it existing in the future.  The Thai Cat Preservation Centre is world famous, and, visited by people from around the world.  Located not far from Bangkok, any person interested in Thai cats, or the Maew Boran preservation effort, should take a day trip to visit the center.  People associated with preserving Maew Boran are forever in his debt for his endless work keeping this ancient breed alive.

​Update : Kamnan Preecha passed away in 2017. The thai cat center is still open for visitors and is managed by his family.