In the older manuscripts of theTamra Maew the cat with 8 points is always named Maew Kaew, or "Jewel Cat". The names Wichien-mas (วิเชียรมาส) and Wichien-maat (วิเชียรมาศ) are both more modern spellings, with todays preference for the latter. Wichien-mas appears in the 1957 cremation volume for Somdet Phra Puttajan translating to "Moon Diamond", whereas Wichien-maat appears in the Smud Khoi of cats, translating to "Gold Diamonds". Gold and Diamonds is perhaps a more accurate description, in agreement with "Jewel Cat" or Jewelry often composed of gold and diamonds. The body color is compared to Sumree  or 'cotton'. At the time of writing the samut thai  the most common source of cotton was from the silk cotton tree (Ceiba pentandra ), which produced Kapok Fiber (nun  in thai language), an off-white color. In most of the manuscripts the eye color is compared to an emerald, an aqua color. In one manuscript the eye color is compared to the body color of Naga. There are several different royal family Naga described in Thai mythology, one of which is Erapatha Naga, and is believed to have a green body. Interestingly, there is no mention of blue eyes in any of the manuscripts, but today Wichienmaat breeders prefer light to intense blue color eyes. Translations by TIMBA. 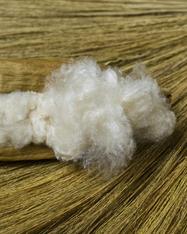 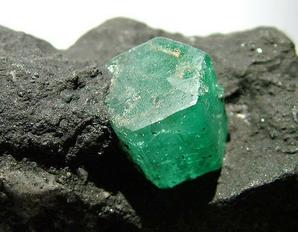 In Thailand, the Maew Boran with points and blue eyes are known as Wichienmaat. The Seal (dark brown) point Wichienmaat is one of the most popular colors today, as this color was exclusively reserved for the royal family pre-dating the reign of King Chulalongkorn, or Rama V (5th King) (1868 - 1910). Rama V is considered by most the greatest king to date for his modernization of Siam. He also had a great appreciation for all the Thai cats, with an interwoven past which can be linked to the present time. More information on Rama V can be found on the History Page.
Today only the Seal (dark brown) point Wichienmaat is intentionally bred by thai breeders, with the occasional chocolate point, or blue point appearing in litters. However, in the streets or temples, in addition to seal, chocolate and blue points - the red point, cream point, tabby (lynx) point and tortie point can also be found. While these different colors and patterns are recognized and appreciated by western associations, they are not described in the Tamra Maew, and therefore are not intentionally bred in Thailand. 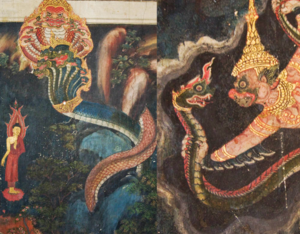 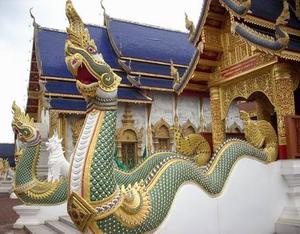